What is in store for Companies with the EU Taxonomy Regulation?

What is the EU Taxonomy Regulation?

Since January 1, 2022, the EU Taxonomy Regulation has come into force, the design of which has been fine-tuned for years. The EU regulation addresses the topic of sustainable investments and defines criteria for environmentally sustainable business activities that apply to companies and players in the financial system.

Overall, the classification system of the EU Taxonomy is intended to create a uniform understanding of the sustainability of economic activities.

Who is affected by the EU Taxonomy Regulation? 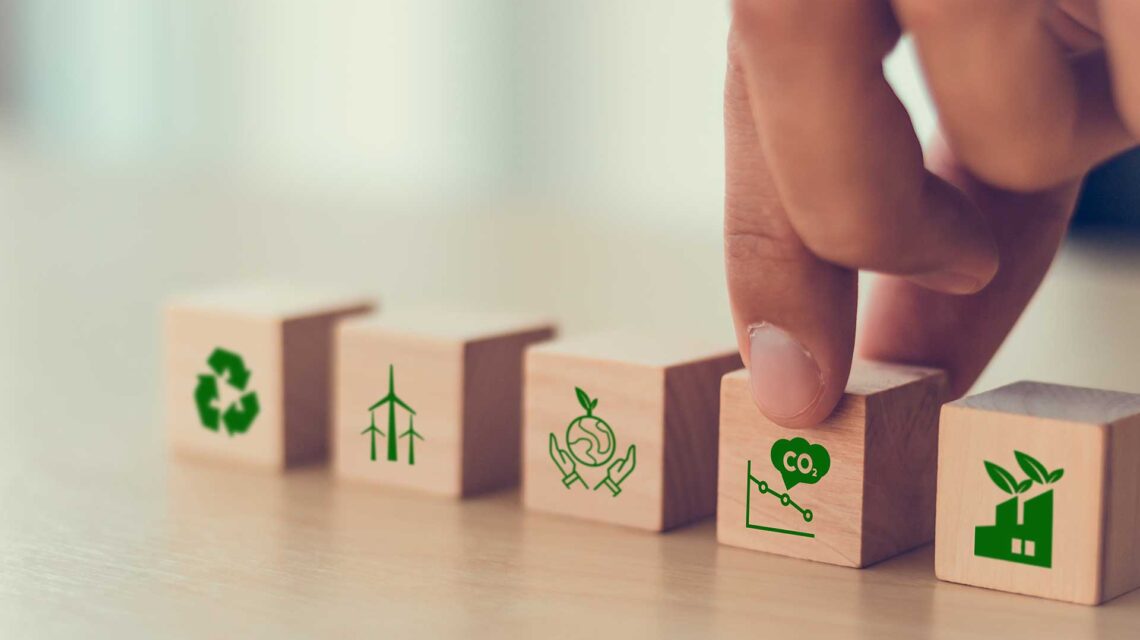 The Regulation is addressed to:

The regulation is applied to:

The regulation represents an important building block within the European Green Deal, which aims to achieve climate neutrality for the community of states in 2025. By promoting private investments in green and sustainable projects, a contribution is to be made to this end.

The EU Sustainability Taxonomy thus sets sector-specific criteria for sustainable business and provides a list of economic activities and relevant criteria for verifying their contribution to climate and environment. The final delegated act of the Taxonomy Regulation was published by the European Commission, which, however, delegated the concrete design of the regulation to the Technical Expert Group (TEG).

The Role of the Taxonomy Regulation in the European Green Deal

The last agreement of the European states on the climate neutrality of the EU took place in 2019. This involved an agreement on the proposal of a European climate law to achieve a CO2-neutral European Union by 2050. A major goal here is to change the current global economic system, for example, through resolutions such as the Paris Climate Agreement, the UN's 17 Sustainable Development Goals or the German government's climate protection program. Achieving this goal will require unprecedented sustained investment in transforming and rebuilding the system.

During the debates on the European Green Deal, the question of the possibility of sustainability in finance in the European Union has also become increasingly important in recent years. As a result, the financial market has also been included in the social rethinking and the new awareness of sustainable living and economic activity. This is fundamentally a positive development, but for a long time there was a lack of a suitable framework to determine which financial product is actually sustainable and which is not. This is where the Taxonomy Regulation now comes into play as a detailed classification system for financial actors and companies.

In order to meet the need for action in the area of "green financing" already mentioned in the introduction, an important step was taken with an action plan ("Sustainable Finance Action Plan"). The first step is the Taxonomy Regulation, which is intended to set standards for climate-related and environmental and social activities.

The Taxonomy Compass and the Implementation of its Goals

The criteria for sustainability and rules of the EU Regulation have been prepared by the Commission in a simplified Taxonomy Compass. For an economic investment to be called sustainable, the economic activity, for example the investment in a new production facility, must contribute to at least one of six environmental objectives. Likewise, only an investment that does not contradict or compromise any of the other objectives in addition to making a positive contribution to one of them is considered sustainable.

The Six Goals of the Taxonomy Compass

What is the Impact of implementing the Taxonomy Regulation on Stakeholders?

The effect of the taxonomy must be understood in the context of the EU's Sustainable Finance Package, which also includes comprehensive reporting obligations for companies and the financial sector.
As early as March 2021, financial service providers are no longer allowed to simply claim that a product is sustainable, but must also additionally explain which criteria they apply in doing so. In 2022, the financial sector will now have to publish data for the first time on how many of its assets come from sectors for which the environmental criteria are defined in the taxonomy, i.e. in which sustainable investments can be made. This reporting obligation will then also apply to the real economy.

With the entry into force of the first two objectives of the Taxonomy Regulation, all large companies in Europe must now indicate for the year 2021 how many of their activities take place in the areas covered by the taxonomy. For 2022, they will then have to indicate whether or not the activities are environmentally sustainable under the taxonomy, based on their turnover, capital expenditure and operating expenses. The reporting obligation will thus be greatly expanded.

In Germany, the German Sustainability Code (DNK) has so far been used by around one third of the companies subject to reporting requirements in order to meet the statutory requirements. Since the Taxonomy Ordinance came into force, the Sustainability Code has also offered companies the opportunity to report on the main content of the Ordinance. This is an advantage for small and medium-sized companies in particular, as they often do not have their own sustainability department and can therefore use the DNK for reporting on the taxonomy.

The interdisciplinary and multidisciplinary sustainability expert team of our sustainability unit Sustainable Disruption advises you on all facets of sustainable corporate governance. We accompany you in the implementation of new regulatory requirements and support you with our expertise in sub-areas, but we are also happy to assume responsibility as an external PM office with complete project takeover including project management.

In this way, we work with you to create an optimal transformation to a sustainable company. In addition, we offer workshops and seminars tailored to your individual needs to prepare you and your employees in the best possible way for a sustainable future.

Relevance and Potential of the Sustainable Development Goals in SMEs